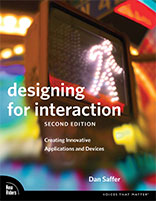 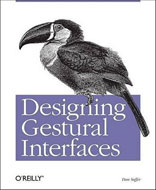 Since 1995, I’ve designed devices, apps, websites, wearables, appliances, automotive interiors, services, and robots. Millions of people every day use the products I’ve designed and my design innovations have received several patents. I speak at conferences and teach workshops on product design all over the world.

You can find me on these social networks:

I have a 20-year-old daughter Fiona who attends Smith College. I also have a neurotic Bedlington Terrier named Pixel.

I coined the term “topless meeting” (for a meeting without laptops) which was an Oxford Dictionary Finalist for Word of the Year 2008 and Time Magazine’s #10 Buzzword of 2008.

I play the cello. Badly.

Even though I have a Master’s degree in design, I have trouble drawing straight lines. This says something about me, I think.

If you're looking for my old 2003-5 D School blog of my graduate work at Carnegie Mellon, it can be found here.